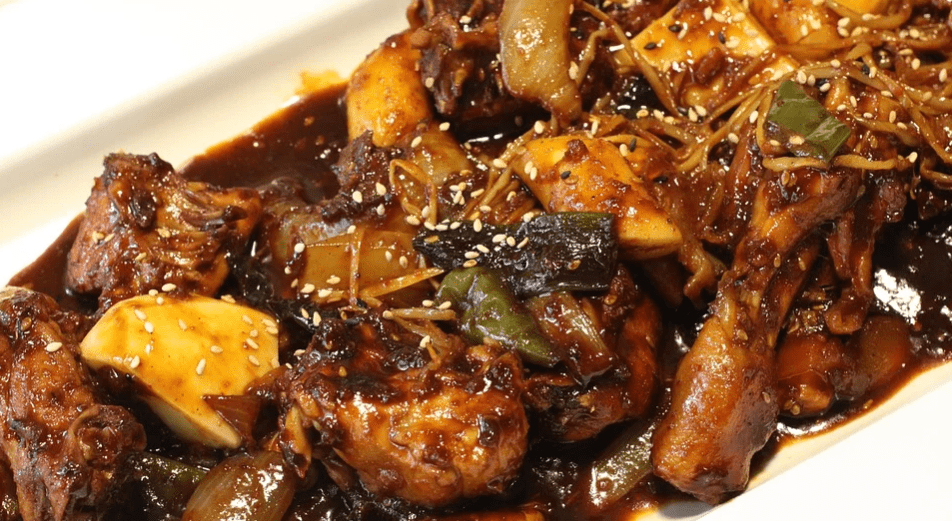 Shanghai, on the central coast of China, is the largest city in the country and a global financial hub. Its center is the Bund, a famous coastal promenade with buildings from the colonial era. On the other side of the Huangpu River stands the futuristic profile of the Pudong district, with the Shanghai Tower 632 m high and the Oriental Pearl TV Tower, with its characteristic pink spheres. The extensive Yu Garden has traditional pavilions, towers and ponds.

Chop the meat into 1 inch pieces.  Soak the mushrooms in water until they are soft or about 30 minutes.  Drain the mushrooms.  Cut off and discard the tough stems.  Slice the mushroom thinly.

In a skillet or wok combine the meat stock, soy sauce and sherry.  Bring to a boil.  Ads the remaining ingredients, cover, and simmer for 20 minutes.

Note: as option, you can add some noodles and green pepper.

Some information about our ingredients:

Mushrooms belong to the group of organisms called fungi, and the study of fungi, as a specialty in biology, is mycology. Like specialists in other biological disciplines, mycologists have a set of descriptors they use to refer to the various characteristics of their subjects. Unlike trees and other plants, in which the above-ground or visible parts usually are the largest parts, a mushroom is just the fruiting body of a bigger organism that is largely hidden from view. The major part of a mushroom is concealed beneath the soil surface or within decomposing materials such as rotting trees or leaves.

The Chinese or shiitake mushroom is an edible mushroom of brown color and intense aroma native to East Asia. It is more often dehydrated than fresh and is added to soups, scrambled eggs and other dishes to make them more palatable.

Thinking about brown sugar brings to mind sweet potato casserole, coffee cake and honeybaked ham—recipes that wouldn’t be the same with plain ol’ granulated sugar. The ingredient that separates brown sugar from the others is molasses, added after white sugar is refined. The darker the brown sugar, the more molasses it contains. 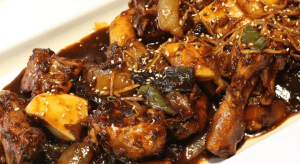 Bouillon is the name given to the broth in French cuisine, the name of this preparation comes from the French verb: bouillir which means to boil. The bouillon can be either a vegetable broth, a meat broth or a poultry broth.

How to make a quick chicken stock:

4 lbs of chicken backs, wings, and/or legs that have been hacked with a cleaver into 2-inch pieces. You can ask your butcher to prepare the chicken pieces this way.
1 large yellow onion, chopped
Olive oil
2 quarts of boiling water
2 teaspoons of salt
2 bay leaves

1 Heat 1 Tbsp of olive oil in a large stock pot. Add one chopped onion. Sauté until softened and slightly colored – 2 to 3 minutes. Transfer to a large bowl.

3 While the chicken pieces are cooking, fill a large tea kettle with 2 quarts of water, bring to a boil.

4 After the chicken pieces have been cooking for 20 minutes, raise the heat level to high, add the 2 quarts of boiling water, 2 teaspoons of salt, 2 bay leaves. Return to a low simmer, scraping up any browned bits from the bottom of the pan with a wooden spoon, then cover and barely simmer for about 20 minutes.

5 Strain stock through cheesecloth or paper towel-lined large sieve, and discard solids. (It helps to remove the big pieces of bone with a slotted spoon first.)

Pour into jars and cool completely before refrigerating or freezing. Stock will last a week or so in the refrigerator or frozen for several months.

You can finish this recipe adding at the end some sesame, and you will get a delicious sesame chicken.