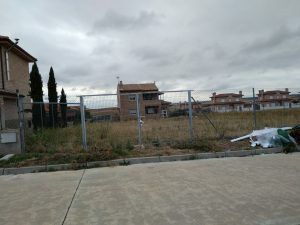 Plot for sale in Spain near artificial beach

This plot for sale is located in the city of  Torrejón del Rey (Guadalajara) in Spain.  The urbanization is Señorio de Muriel, the best area or neighborhood in Torrejón del Rey.

Torrejón del Rey is a municipality located in the province of Guadalajara, Castile-La Mancha, Spain. According to the 2004 census (INE), the municipality has a population of 2,341 inhabitants.

This plot is located within a consolidated urbanization, close to supermarket, pharmacy, school, etc.

It is closed by a metalic fence.  If you are looking for building plots for sale in this area, this might be your best choice.

Also it is a good opportunity for investment in Spain.  This plot is only about 13 km from the future Alovera beach, and incredible artificial beach resort that will be open in the summer of 2023. 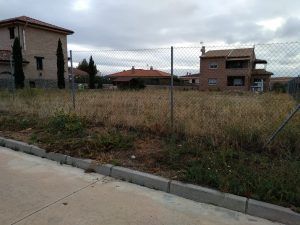 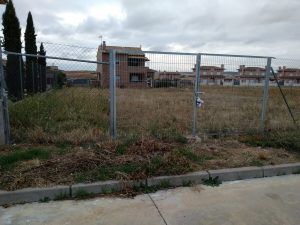 Have you ever dreamed about to have an artificial beach near me? Now you can have it!! 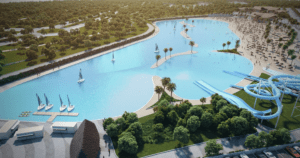 If you are interested in this  investment opportunity, the plot selling will not be a problem for you.  Just contact me and I will inform you about all details.  Everything will be done with a formal notary.

The General Directorate of Circular Economy of Castilla-La Mancha issued a resolution last November in which it gave the green light to the project to build Alovera Beach, and now this complex is very close to starting construction, according to the local media Gacetín de Madrid .

This is what claims to be the largest artificial urban beach in Europe and the first for public use located in Alovera (Guadalajara). The project consists of a leisure park whose main element is a large sheet of water of 20,641.88 m2 and an approximate volume of water of 35,500 m3, with a bathing area and nautical sports, surrounded by an urban beach of 16,888.90 m2 .

The group shares a project with Crystal Lagoons, a firm specialized in the construction of artificial beaches around the world. Crystal Lagoons itself, for example, has similar projects in Chile, Mexico, Egypt, Jordan, Panama, Peru, Dubai or Saudi Arabia. There is even a similar pool in the Malaga town of Casares (Andalusia), whose surface is no less than 1.5 hectares. The complex will include parking, areas for practicing water sports such as sailing or surfing, children’s pools, zip lines and different restaurant spaces.

The works could last a year and a half. In addition, the creation of more than 300 direct and indirect jobs is expected. The performance would take place on two levels. The first is the access level. The parking area, access plaza, central plaza and some of the main buildings such as access control, administrative, shop, offices, changing rooms, left-luggage office, lockers, gym and infirmary will be installed in it. On the lower level the events area, warehouse, toilets, garden area and the large sheet of water will be developed. The sandy area of ​​the beach, with a slight slope of 2%, will serve as a link between the two levels.

Where is Alovera Beach

Alovera Beach will be located in the province of Guadalajara, in a strategic enclave of the Corredor del Henares, between Azuqueca and Guadalajara, 300 km from the sea and 50 km from the capital of Spain. Specifically, it will be located in the I-15 “Las Suertes” sector, which was approved in 2007 and in which the construction of 4,000 homes is planned. It is urbanized, residential developments have already been delivered, and other projects are currently being marketed.

When does Alovera Beach open

It is estimated that its opening will take place in the summer of 2023. This project is expected to generate 330 direct and indirect jobs. According to Grupo Rayet, the company that will develop this project together with Crystal Lagoons, specialized in the design, construction, execution and maintenance of artificial beaches around the world, the volume of water is similar to the annual consumption of a development of 80 homes, but with the difference that the lagoon is only filled once in its life. 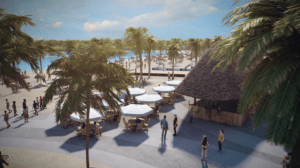