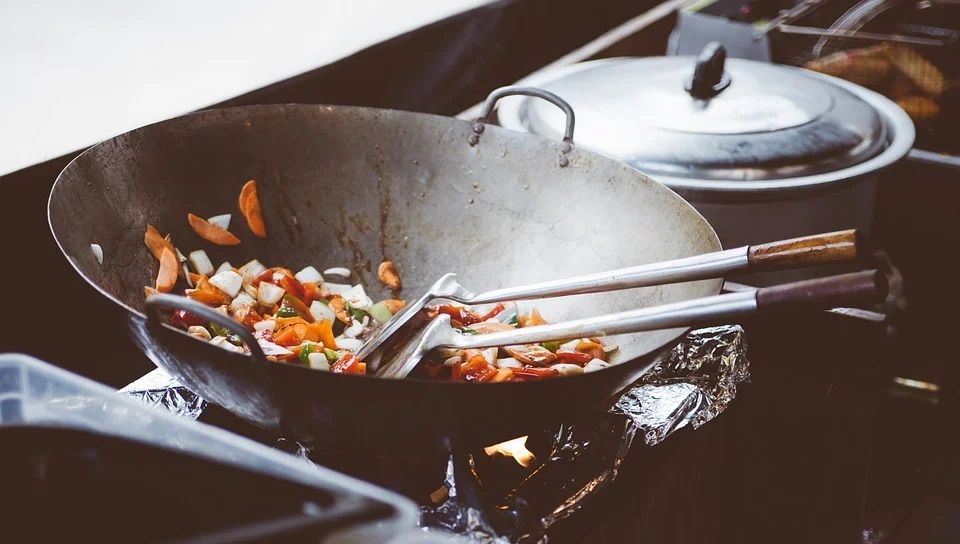 Soak the mushrooms in water for 30 minutes to softer.  Remove the tough stems.  Drain and shred.  Slice the cabbage diagonally at 1/2 inch intervals. Cut the bamboo shoots into 1-inch squares and slice the water chestnuts finely.  Dry the chicken with paper towels.  Rub the skin with the soy sauce and sherry.

Heat the oil and fry the chicken for 5 minutes on each side. Remove the chicken from the pan and let it drain on paper towels.

Heat a wok or skillet over high heat until a drop of water inmediately sizzles into steam. Add 2 tablespoons oil, the gingerroot and salt.  Add the vegetables and stir-fry for 1/2 minute.  Add the water.  Cover and cook for 2 minutes.  Add the cornstarch mixture, sugar and pepper.  Cook and stir for 1/2 minute.  Chop the chicken into 1 1/2 by 1-inch pieces and place in a serving dish.  Place the vegetables on top of the chicken and serve inmediately.

Scholars categorize Guangdong cuisine into three major groups based on the region’s dialect: Cantonese, Hakka and Chaozhou cuisines. On the other hand, the Teochew cuisine and Hakka cuisine of Guangdong are considered their own styles, as is neighboring Guangxi‘s cuisine despite eastern Guangxi being considered culturally Cantonese due to the presence of ethnic Zhuang influences in the rest of the province.

Cantonese cuisine is one of the Eight Culinary Traditions of Chinese cuisine. Its prominence outside China is due to the large number of Cantonese emigrants. Chefs trained in Cantonese cuisine are highly sought after throughout China. Until the late 20th century, most Chinese restaurants in the West served largely Cantonese dishes.

In Cantonese cuisine, a number of ingredients such as sugar, salt, soy sauce, rice wine, corn starch, vinegar, scallion and sesame oil, suffice to enhance flavour, although garlic is heavily used in some dishes, especially those in which internal organs, such as entrails, may emit unpleasant odours. Ginger, chili peppers, five-spice powder, powdered black pepper, star anise and a few other spices are also used, but often sparingly.

Although Cantonese cooks pay much attention to the freshness of their primary ingredients, Cantonese cuisine also uses a long list of preserved food items to add flavour to a dish. This may be influenced by Hakka cuisine, since the Hakkas were once a dominant group occupying imperial Hong Kong and other southern territories.[5]

Some items gain very intense flavours during the drying/preservation/oxidation process and some foods are preserved to increase their shelf life. Some chefs combine both dried and fresh varieties of the same items in a dish. Dried items are usually soaked in water to rehydrate before cooking. These ingredients are generally not served a la carte, but rather with vegetables or other Cantonese dishes. 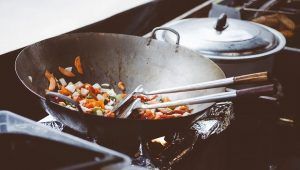 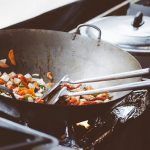 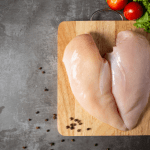 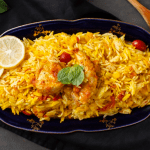 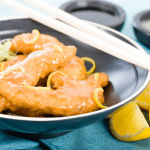 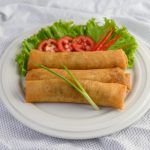