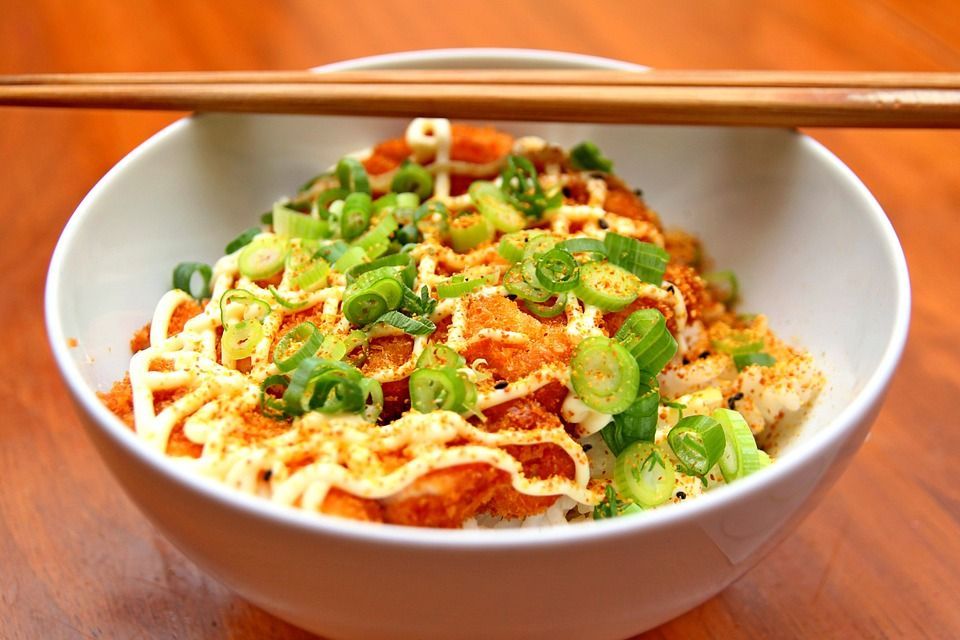 Chinese food. Chinese cuisine is an important part of Chinese culture, which includes cuisine originating from the diverse regions of China, as well as from Chinese people in other parts of the world. Because of the Chinese diaspora and historical power of the country, Chinese cuisine has influenced many other cuisines in Asia, with modifications made to cater to local palates. Chinese food staples such as rice, soy sauce, noodles, tea, and tofu, and utensils such as chopsticks and the wok, can now be found worldwide.

The preference for seasoning and cooking techniques of Chinese provinces depend on differences in historical background and ethnic groups. Geographic features including mountains, rivers, forests and deserts also have a strong effect on the local available ingredients, considering that the climate of China varies from tropical in the south to subarctic in the northeast.

Chinese cooking the most varied in the world, but it is perhaps the greatest cuisine in the world.

Chinese regional cuisines are the different cuisines found in different provinces and prefectures of China as well as from larger Chinese communities overseas.A number of different styles contribute to Chinese cuisine.  In this blog we have divided the country in 4 areas:

In this blog, you will find recipes for chicken and duck, pork and beef, seafood, vegetables, soups, asian rice dishes, asian rice noodles, healthy chinese food option, and much more…

Differences between Chinese food between Europe and Asia.

Although there may be several, we will focus on two major differences:
1) The one that shows at first sight, is that in Asia it is eaten with chopsticks, instead of with fork and knife. This leads to the way food is served at the table.
In Asia, in almost all dishes, the ingredients of the food must be cut into pieces that fit in the mouth before cooking.
In Europe, with the fork and knife, this is not necessary, and the ingredients are usually cooked in large pieces to be cut on the same plate at the time of eating.

2) The dishes are not served individually, but are placed in the center of the table so that all guests can take a little of everything.

We can see this in some Chinese restaurants in Europe, quite large round tables, with the turntable, this is also because it is considered impolite to extend or extend the arm in front of another person to reach food.
With the turntables we avoid this problem.

Be careful when eating Chinese food in western countries.

Chinese cuisine is incredibly varied and rich, thanks in large part to its traditional techniques such as sauteing or steaming. The problem is that in Western countries, a touch that makes the food more attractive to our palates is usually added: a large amount of saturated fat, sodium, oils, sweet sauces and fried foods.

Chinese cuisine is one of the most varied and rich in the world. With such a size of country and population, it could not be otherwise. However, there are a number of ingredients that are present in many of its infinite variants. Whether it’s Beijing, Cantonese, Shanghai cuisine, and more, many of their dishes share some of the ingredients we describe in this article. If you like Chinese cuisine, you should have them all in your pantry and let yourself be carried away by the inspiration to create your own Wok dishes.

Any cookies that may not be particularly necessary for the website to function and is used specifically to collect user personal data via analytics, ads, other embedded contents are termed as non-necessary cookies. It is mandatory to procure user consent prior to running these cookies on your website.